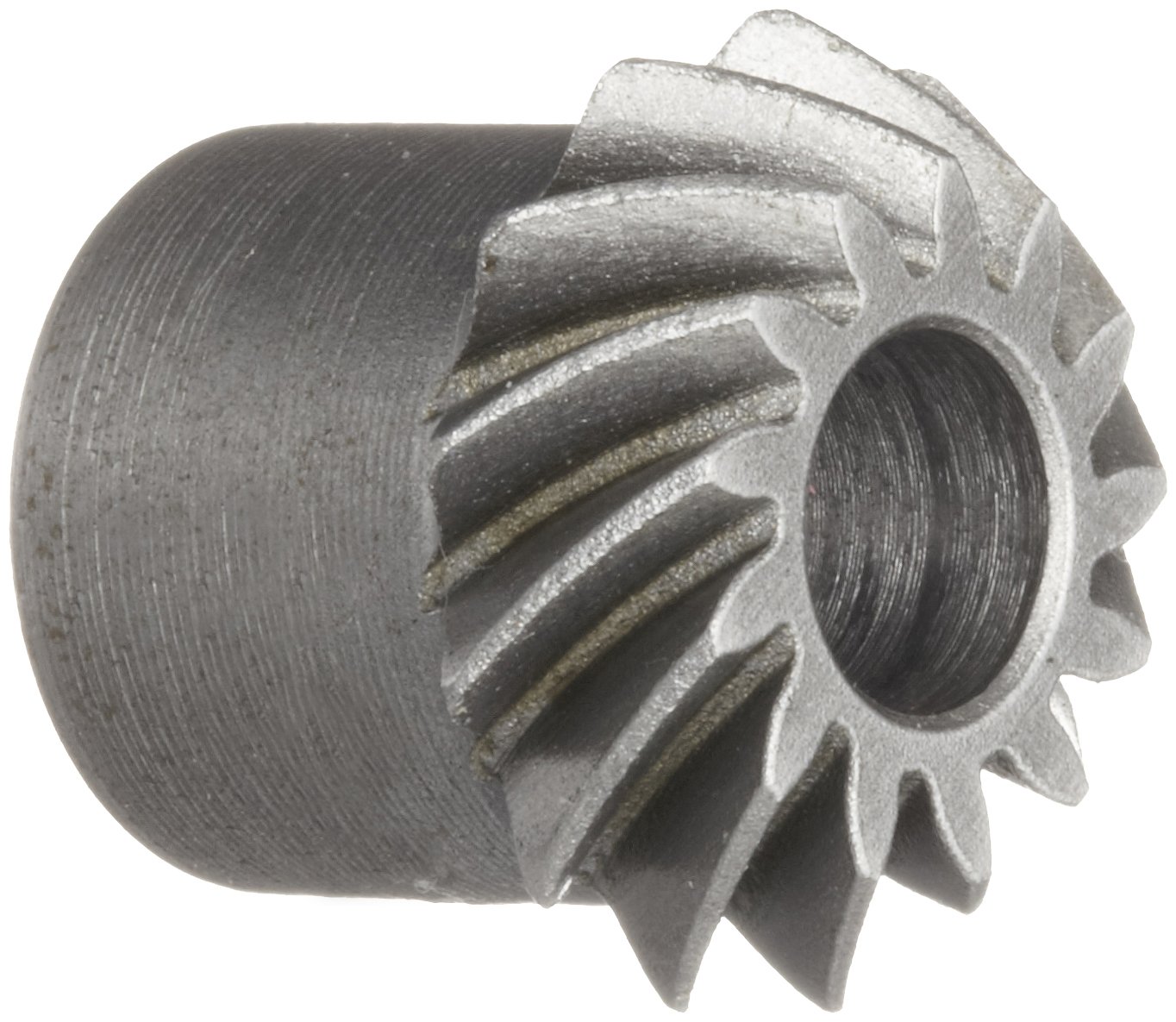 This Boston Gear SS302-P spiral bevel pinion gear has a 30 diametral pitch, 13 steel teeth, and a 35 degree spiral angle to transmit torque between perpendicular shafts to provide rotational power to another part of a motorized system. This bevel gear is intended for use with an SS302-G bevel gear for applications requiring a 2:1 gear ratio. It has a 0.188" bore diameter, is made of low carbon steel (0.2 percent carbon), and has unhardened teeth for applications where hardness and strength are not needed to transmit torque and motion. The 20 degree pressure angle provides a lower contact ratio between gears than a smaller pressure angle, resulting in higher load capacity. The 35 degree spiral angle makes this spiral bevel pinion gear better suited for higher speed and larger torque applications than straight bevel gears. This gear is used only with its mating gear because bevel gears can mesh only with gears that have the same pressure angle, spiral angle, and diametral pitch (that is, the number of teeth per inch). This Boston Gear spiral bevel gear is suitable for use in a variety of commercial and industrial applications, such as construction equipment, aeronautics, conveyors, and manufacturing equipment, among others.